Health communication is key strategy in public health promotion to inform the public about health concerns or issues.

Communication is defined as the process of operating stimuli in the form of language or motion (nonverbal) to influence the knowledge, attitude and also the behavior.

In general, communication is exchange of information, between individuals, for example conversations, writing, or using symbols and generally accepted behavior (Schiavo, 2014).

Health communication is a process for the development and diffusion of messages to specific audiences in order to influence their knowledge, attitudes and beliefs in favor of healthy behavioral choices” (Exchange, 2006; Smith and Hornik, 1999).

The process of communication will be effective if there are elements such as the communicator as a messenger, communicant or recipient of the message, the message itself as well as the channel or medium used as a means of delivering a message (Soekidjo, 2012).

The main elements in health communication are communicators and communicants. The media is also an important element in order to facilitate the delivery of information to the target group. 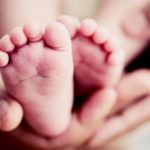 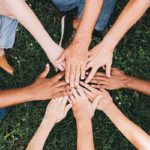