Along with the times, the types of media are also growing and various types. The following is the rapid journey of media from generation to generation:

Many media are in visual and audio forms, if the media is only in the form of sound then it is Audio Aids. Meanwhile, if it displays an appearance, it is Visual Aids. But the best part is the combination of both the Audio-Visual Aids.

This media has existed since time immemorial. Examples may include posters, leaflets up billboards are much plastered streets.

The print media type relying on visual only, meaning only images and text. This is a weakness because there are no interesting sound and motion effects. However, the advantages of print media is no need big cost.

This type of media began to appear along with the development of technology. Radio and television become one of the tools to bring up information in the form of audio-visual, meaning that there are moving images and sounds that can be heard.

For examples such as advertisements, short videos or in the form of songs. This became the advantages of electronic media because it is more interesting. But of course it costs more to produce it.

Social media is an example of a new mass media. In this sophisticated era, information needs are starting to be fulfill through social media. Facebook, twitter, instagram, youtube to podcasts are common things to use.

Because it is widely access, this new mass media becomes an opportunity to become a tool for disseminating health information.

Health Media is certainly easily accessible and can be distribute easily. Just need to be careful with hoaxes or false news which is not true information.

Also read: What is Epidemiology in Public Health?

In health promotion programs, the media becomes a very important tool. Remember, you should know the characteristics of the target first before determining the type of media to be used! 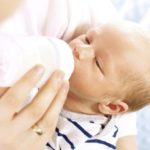 Breastfeeding and Formula Feeding: What is the Difference? 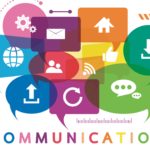