Some of infectious diseases can arise from animal bite, including dog bite. Therefore, the bite which causes wound need the right treatment immediately.

Dog bite treatment is important in order to prevent infectious diseases such as rabies. That diseases could be danger for our life because it attack the nerve system and lead to death.

Rabies is an infectious disease caused by a virus in dog’s saliva. It also known as the “mad dog” which attacks the nervous system and brain. The worst case is can be risk factor of death.

The symptoms appear about 4 to 12 weeks after a person is bitten by an infected dog. Some of the early symptoms that arise include: weakness, flu-like fever, headache, itching in the area of the bite, joint pain and cramps.

Tetanus is a toxin produced by bacteria called Clostridium tetani. This toxin can cause paralysis in humans and become a serious problem if the dog bite wound was deep.

Common symptoms when someone infected with tetanus are difficult to swallow, jaw cramps, stiff muscles and convulsions.

This kind of bacteria can not cause a diseases to infected person. However, if the person has a weak immune system then the risk to be sick is more higher because the body can not resist the infection.

The symptoms that should be aware are the bite wound area blisters, redness, swelling and pain in the wound, fever, headache, and vomit and diarrhea.

This type of bacteria generally causes pain and redness in the area of the bite wound. Like Capnocytophaga Bacteria, pasteurella can also cause more serious effects if a person has a weak immune system.

The effects or symptoms that arise are swollen glands, swollen joints, and difficult to move.

MRSA is a type of infection caused by the staphylococcus bacteria. These bacteria are resistant to some antibiotics such as amoxicillin or penicillin.

These bacteria cause skin infection, lung, and urinary tract infections in humans. Moreover, in some cases, MRSA can spread to the bloodstream or lungs and cause life-threatening infections.

Sepsis is a reaction that occurs due to systemic infection to the entire body. If the infection is quite severe, it can be life threatening.

Symptoms of sepsis include feeling confused, body temperature rising or falling, extreme drowsiness during the day and feeling severe pain or discomfort.

The types infectious diseases caused by dog bite above are dangerous if you don’t get treatment immediately. Mostly, people ignored the dog bite infection symptoms until more severe reaction appear.

Therefore, if you accidentally bitten by a dog, you should immediately go to the clinic or hospital for follow-up after dog bite first aid treatment was execute. 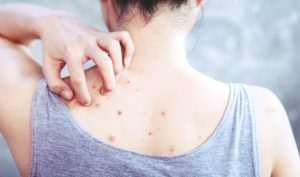 4 Easy Ways Worth to Try as Bacne Scar Treatment! 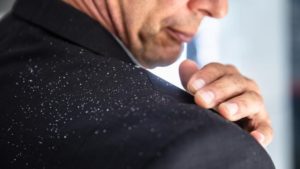 5 Things to Know About Causes of Dandruff in Men 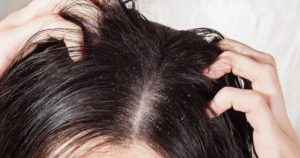 5 Super Easy Home Remedies to Get Rid of Dandruff