The ABC theory was coined by Sulzer Azaroff Mayer in 1977. The ABC behavioral model is a model of behavior change consisting of Antecedent-Behavior-Consequence.

Various kinds of theories about health behavior change have been developed by experts. Such as WHO theory, HL. Blum theory, Lawrence Green theory and others.

The following is an explanation of ABC theory in health behavior change:

Antecedent is a trigger that causes a person to behave, namely events in our environment.

The types of antecedents in this theory are divided into 2, namely natural antecedents, for example rain, wind, weather, and so on. The second type is a planned or “man made” antecedent, for example the result of interaction and communication with others.

This factor is very important in eliciting behavior, but its influence is sometimes not sufficient to make the behavior last forever.

Behavior is as an action or behavior that is the result of a response / reaction to antecedent exposure.

This behavior is the expected goal after providing a natural or planned trigger or antecedent. Persistence of this behavior is influence by the consequences factor.

Consequences are environmental events that follow a behavior, which also strengthen, weaken or even can stop a behavior.

The frequency of a behavior can increase or decrease depending on the consequences that have emerged from the behavior.

ABC theory concludes that to behave or act, a person needs a trigger or antecedent. Then to maintain the behavior is influence by the consequences. 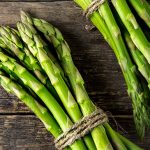 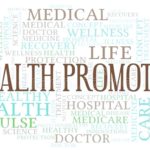